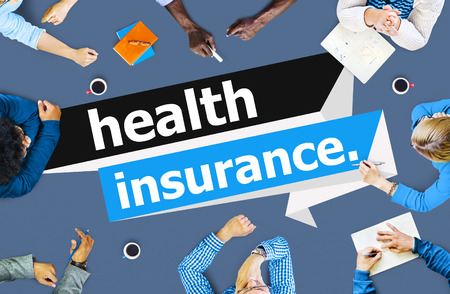 The average monthly cost of health insurance went up 47 percent this year for those that buy on the individual market. A single person making just less than $50,000 a year qualifies for assistance. So does a family making just more than $100,000. Everyone else pays the full price tag.

The country’s top health care administrator wants to re-write the rules nationwide. Specifically, he wants to lift the time cap on short-term health insurance plans from three months to a year. “Any relief we can give people that’s just more affordable, more-tailored to what they need, I think is a good thing,” said U.S. Health and Human Services Secretary Alex Azar.

The short-term plans can be three times cheaper than those available on the individual marketplace.
But, there’s a reason, the plans are not bound to Obamacare rules. So many plans won’t cover pre-existing conditions, maternity care, or even prescription drugs, and the older you are, the more you can expect to pay.

Azar said it could be a good option for those between jobs, between school, those who simply can’t afford marketplace coverage, and those with few options or whose coverage doesn’t cover their health care providers. But, he acknowledged the buyer beware aspect of the plans. “These have to be the right plan for people so people need to be in the driver’s seat,” he said, “and have to look and see if these plans meet their needs.”

Sam Berger, with the left-leaning Center for American Progress, called the plans junk, and said they aren’t a good fit for anyone. He said the plans , “may be slightly better than having nothing, but really aren’t the kind of comprehensive coverage that people will rely on.”

Berger said two big changes spear-headed by President Donald Trump are driving costs higher:
” getting rid of the tax penalty for not having insurance
” and eliminating federal funding designed to drive down costs

“That’s why people are having trouble affording coverage,” said Berger, “in part, because of all the sabotage we’re seeing.”

The loss of subsidies for low-income individuals left insurers to make up the difference on the rest of their customers. In Kentucky, that meant big changes for the states two insurers. CareSource more than doubled the size of its price hike for this year. Anthem bumped its increase a bit more than it initially planned and cut the number of counties where it would offer coverage.

Berger expects greater availability of short-term plans to cause another round of price hikes when the plans become available. That’s because he said young people will gamble on their health. If they choose cut-rate plans, that will leave the regular market older and sicker, driving up costs for everyone else.

The proposal to extend the length of short-term coverage isn’t finalized yet
When that will be, and if plans will be available this year is not clear.